The 10th Annual No Pants Subway Ride went off without a hitch today in New York. Riders met at meeting points spread out all over the city and converged on Union Square. The high was 32 degrees and wind gusts were up to 47 MPH.

On the subway as people are depantsing at different stops: “I know what this is! This is it! This is the day!” As we were all getting off the 7 train to transfer at Grand Central: “Is there some sort of parade today?” As I watched the horde of pants-less people in Union Square Wallgreens from out on the street a woman asked me: “What is this all about?” Me (still pants-less): “I don’t know.” Woman: “They’re all a bunch of weirdos.” (She seemed not to notice that I was one of them.) Another woman on the street: “Is there some kind of protest?” Me: “No.” Woman: “Oh. I thought maybe you were all protesting pants.” 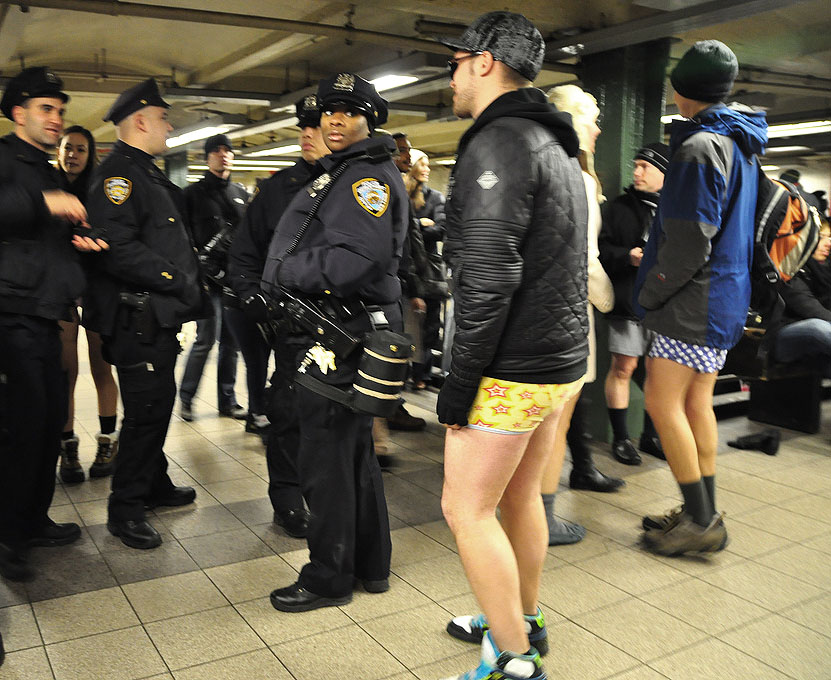 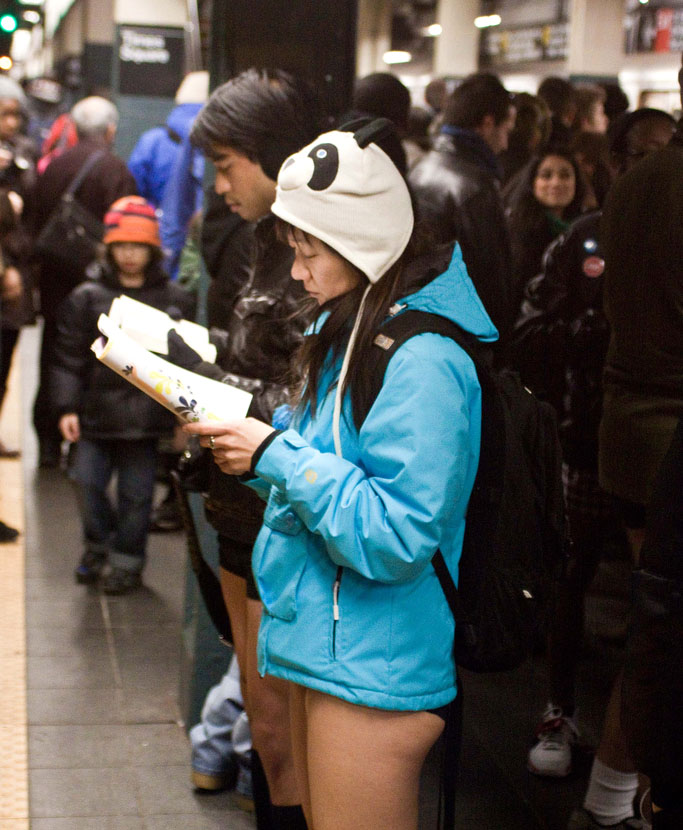 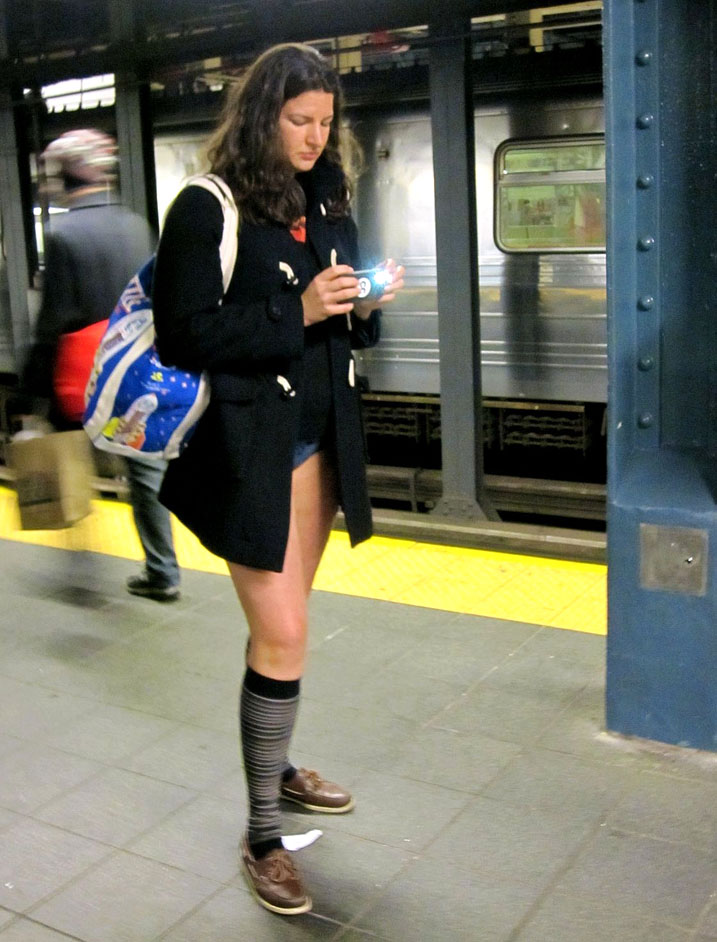 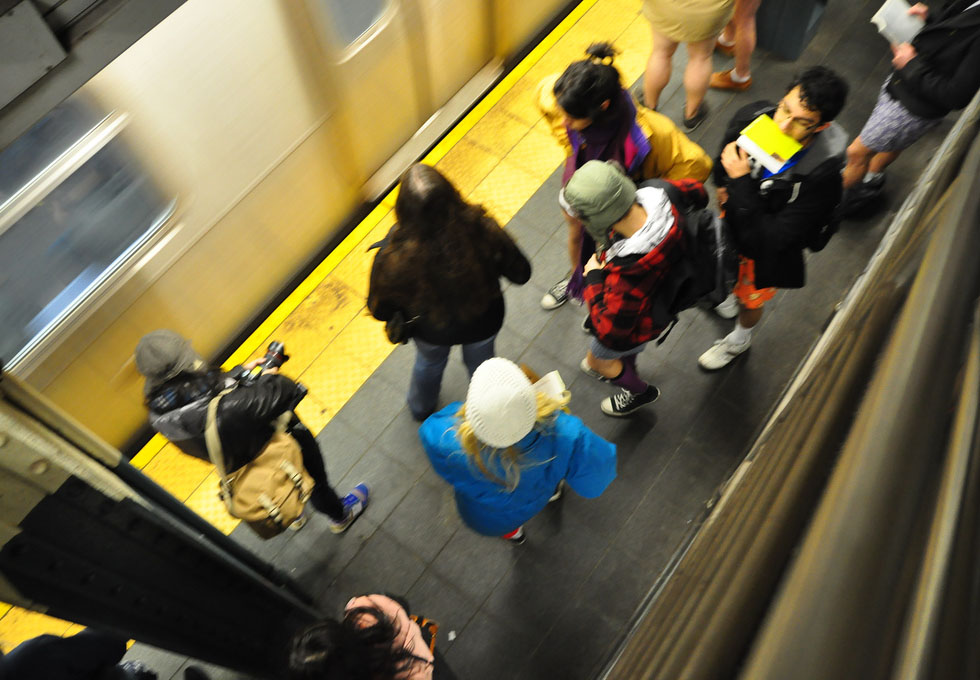 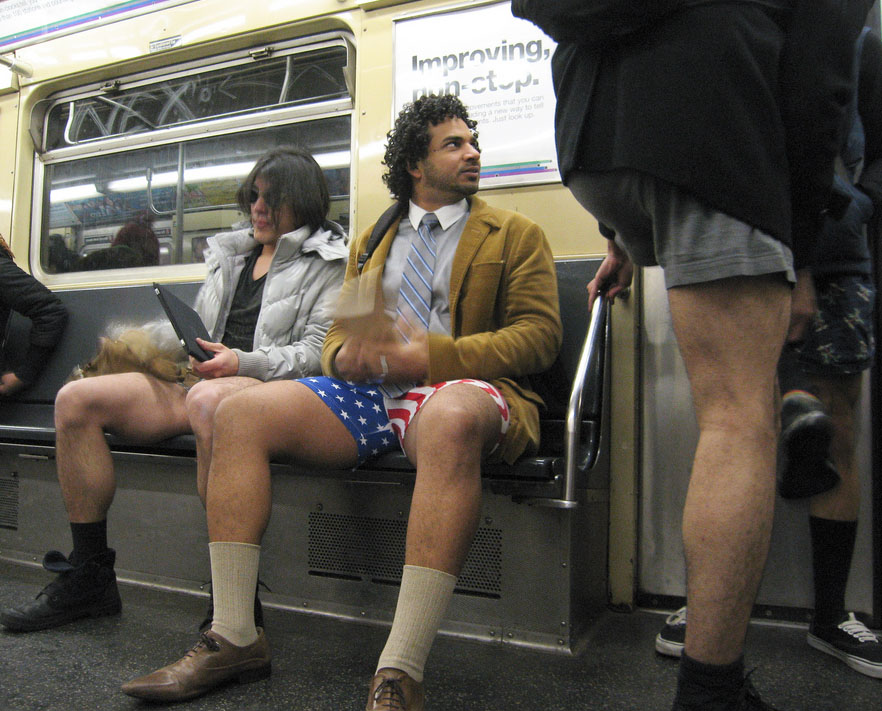 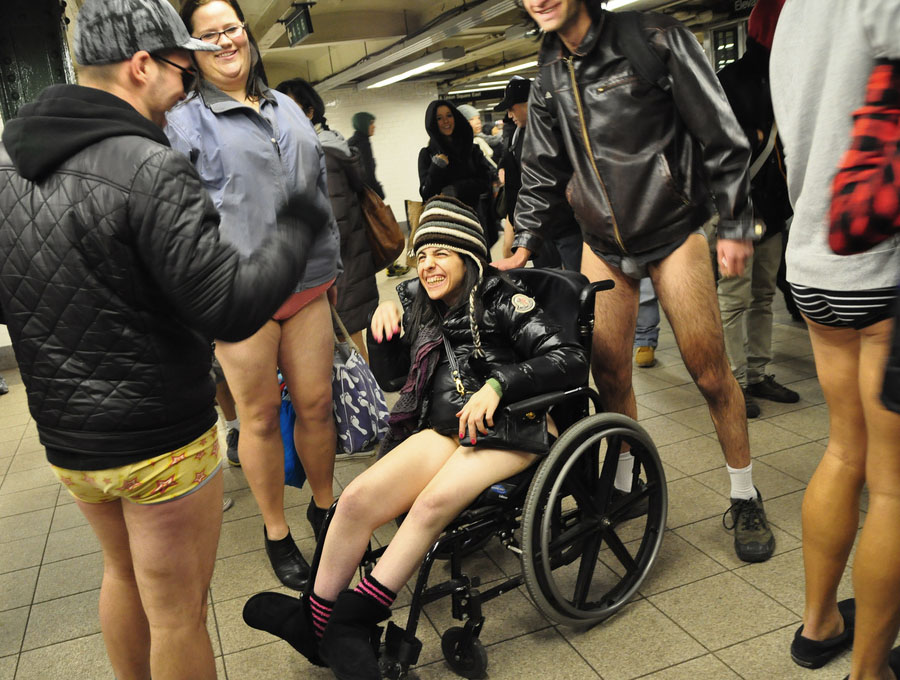 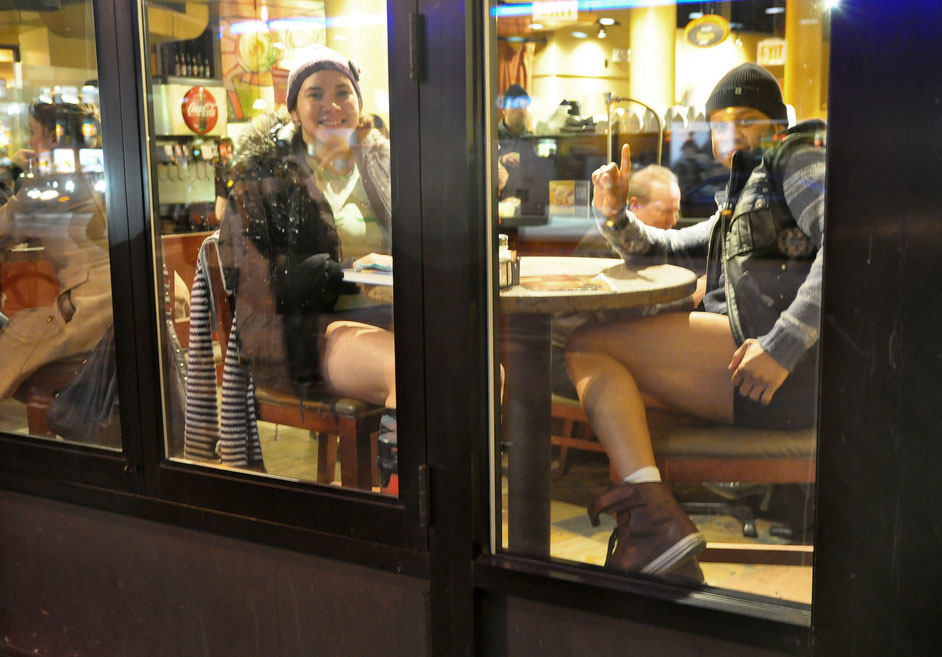 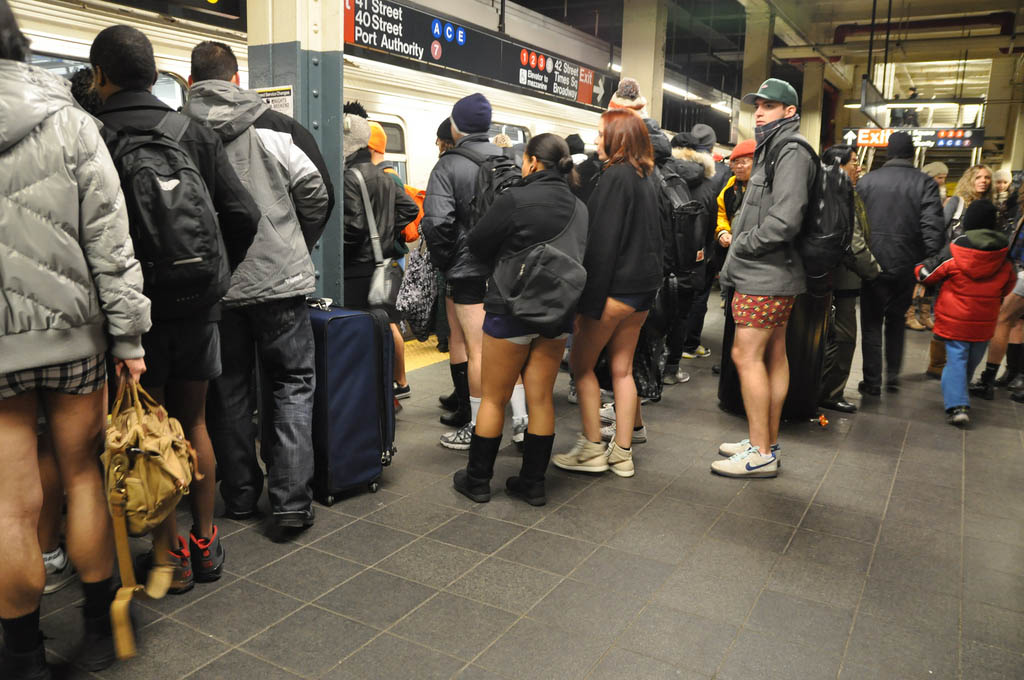 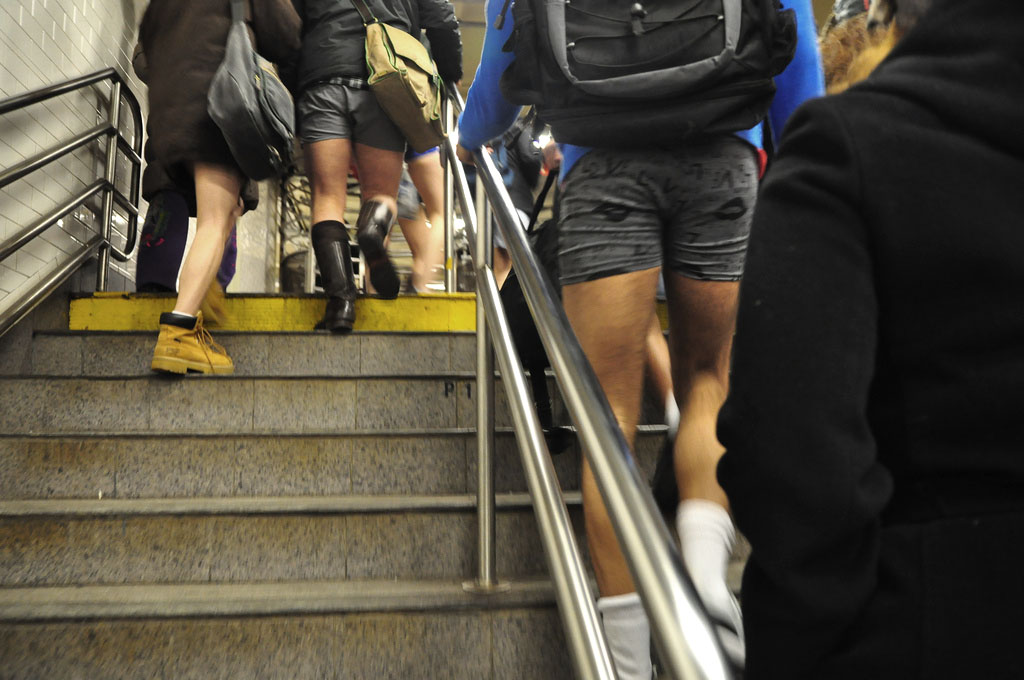 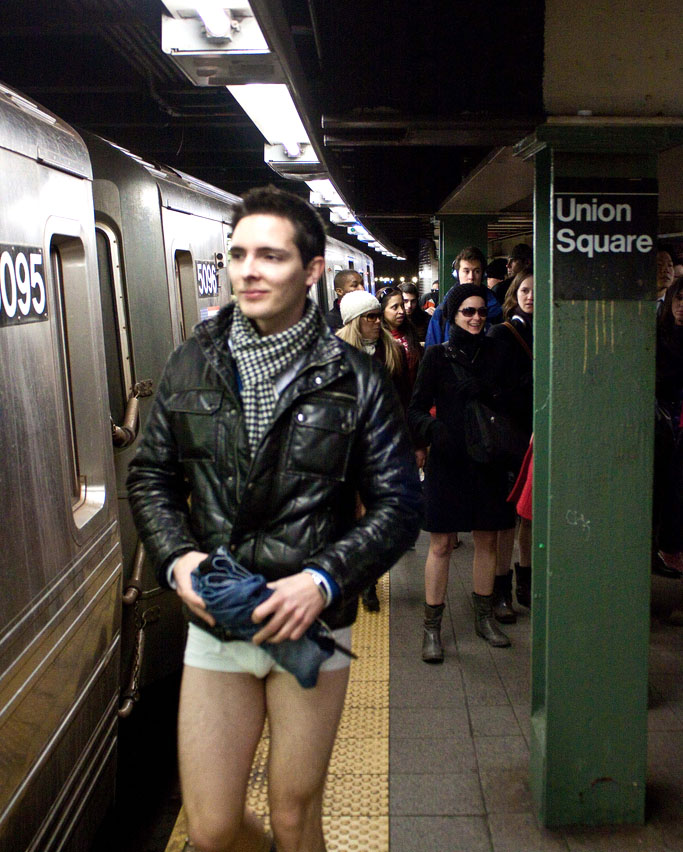 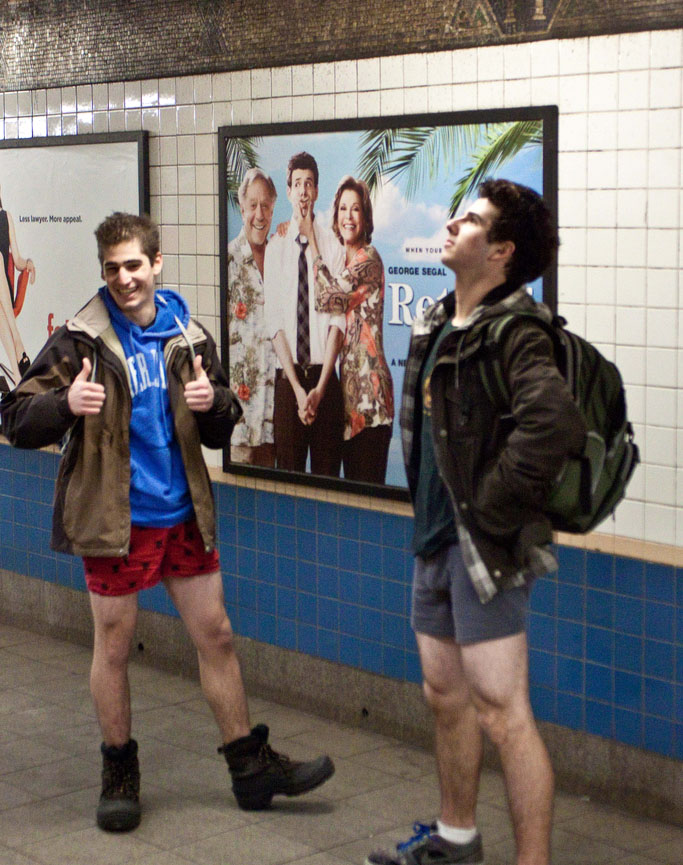 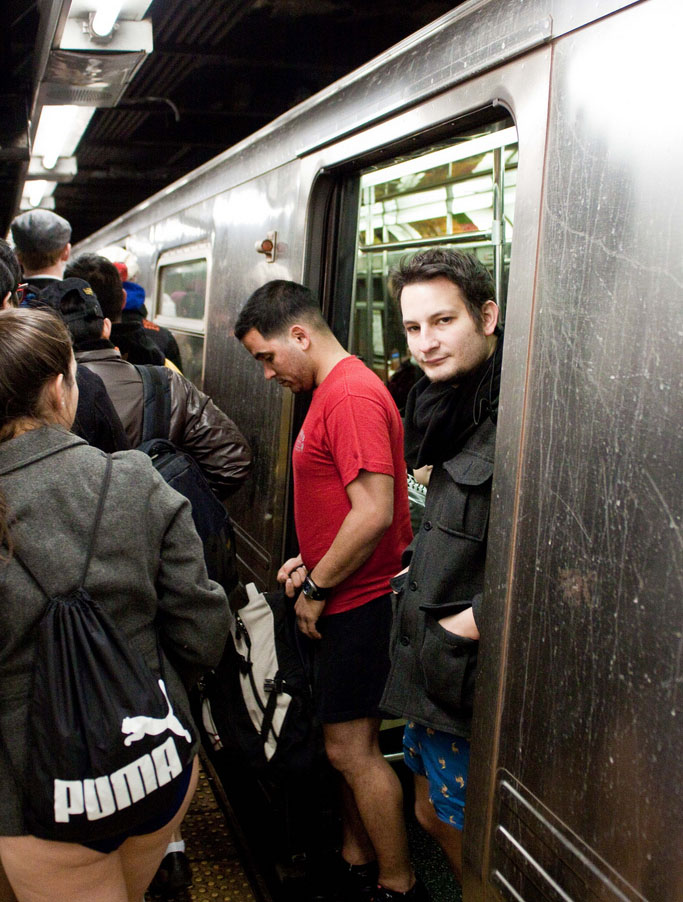 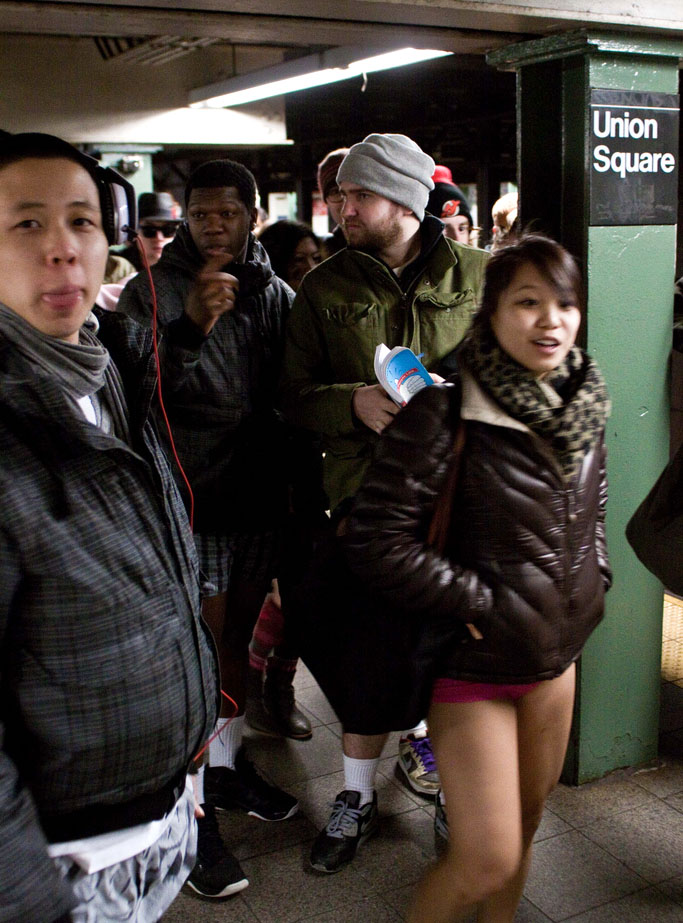 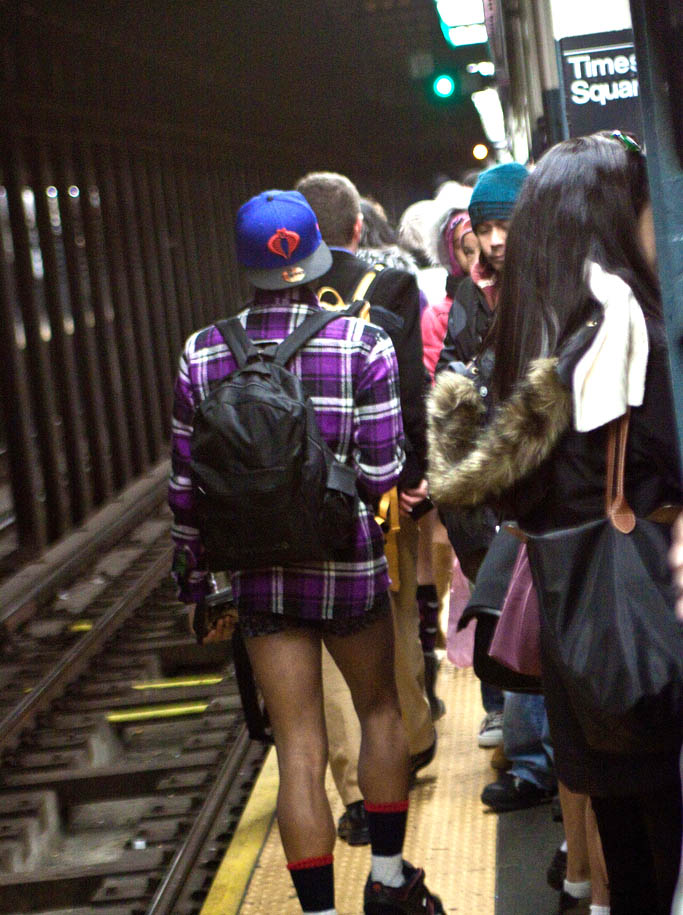